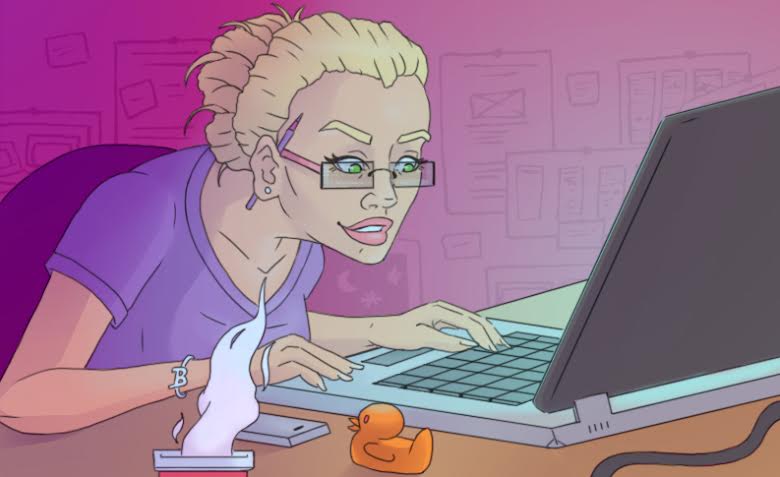 A year comes and goes, and there are still many exciting things happening at WDG. Yes, we have the same team of stellar designers and developers. We have an incredible roster of clients, who we do fantastic work for. And at the end of the day, we all know how to have a good time. That’s a lot to be celebrated.

But sometimes, it’s easy to forget how we can be the exception to the rule in a lot of ways.

When I first read about the computer-science Barbie debacle—about the female Barbie who couldn’t code without the boys—I knew that would never happen at WDG. Every member of our team is too integral, too important, to be cast aside. But that doesn’t mean that assumption isn’t alive and well.

Stereotypically speaking, the worlds of computer science and development are largely male. Actually, that’s not a stereotype: it’s the truth. Facebook, Twitter, Google: how many of the founders for these enormous technology powerhouses are male?

But even scaling back to real life, in all my years as a developer I’ve never worked one-on-one with another female developer—although I’ve networked with plenty of them. (And while on this track, women, stereotypically speaking, are more easily found in industries related to design.)

To be honest, I don’t think flat-out prevention holds women back from becoming developers. No matter what field you’re in, people gain genuine interest in things through plain old exposure. The preschool I went to had fantastic computer summer programs that taught basic programming languages. That intentional emphasis on STEM fields exposed me to different possibilities, something I’m continually thankful for.

A Lot Could Go Wrong, It Turns Out

Perhaps it all starts with socialization.

Take boys and their “natural” proclivities towards computers and gaming: if those things are what they are exposed to as children, it’s not all that surprising they might see computer science and development as potential career paths.

Which is why I think the computer science Barbie book was such a brilliant fail. Yes, they were trying to expose young girls to the world of development, but in such a terribly executed way. Challenges to exposure exist when ignorance is perpetuated, and unfortunately, that’s what the book did.

The book was attempting to encourage girls to have careers in computer engineering, but it featured a girl as a designer who needed help from the boys for coding! It was counterproductive in the worse sense of the word. More than subverting, I think it reflected more common pejorative understandings of women in technology. (Read: women can’t code.)

But the backlash was empowering—so many people responded in such a powerful way. And I truly think it’s because there is some basic empowerment that being able to code gives you. You can build so many things just from learning a language and it opens many doors. It’s an exploration in imagination!

It makes you a maker.

Ever wanted to learn how to code? There are tons and tons of online courses—like Codeacademy or Code.org—that can show you how. Have a question for WDG or want to get a project started? Get in touch with us today!

How to Plan for and Merge Two or More websites

Your Guide to Using Multisite Over Single Sites